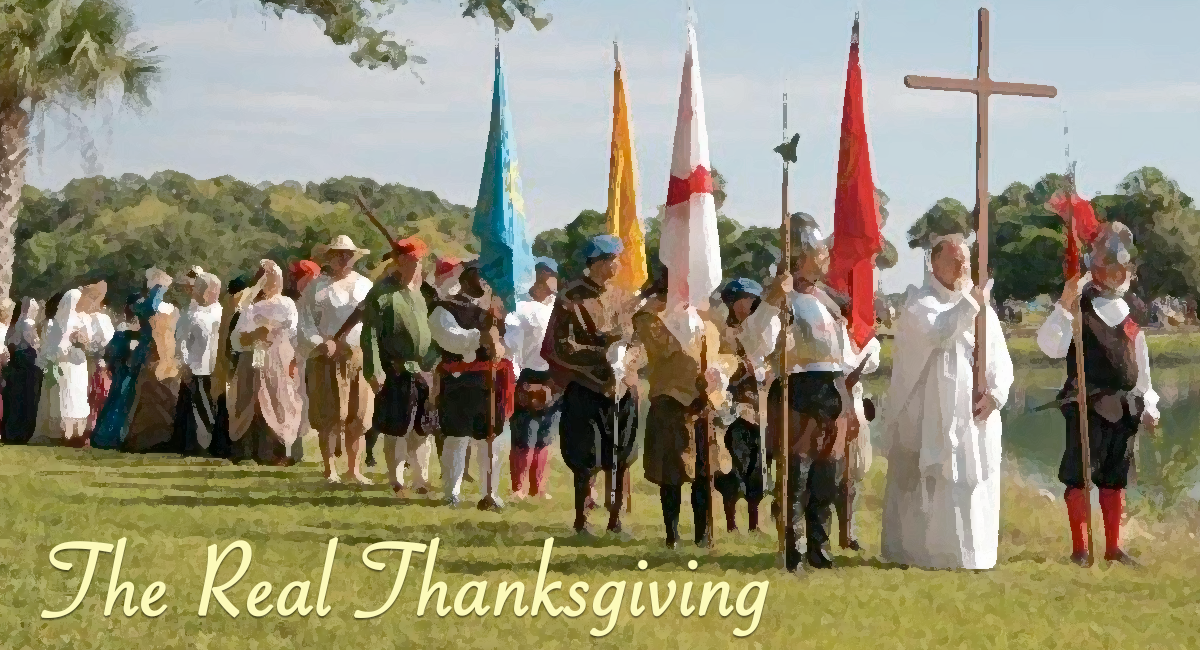 Fifty years before the pilgrims arrived in Plymouth, Spanish settlers celebrated the first “Thanksgiving” in what is now present-day Florida—and it began with the Eucharist!

The country’s oldest city, St. Augustine, was founded on Sept. 8, 1565 when Spanish explorer Pedro Menéndez de Avilés came ashore in north-eastern Florida (then a wilderness) with a group of Spanish settlers.

The Spanish celebrated their transatlantic crossing with a Mass of Thanksgiving and a meal with the native Timucuan tribe that had welcomed them.

An account of the momentous day was recorded by Father Francisco López de Mendoza Grajales in his diary.

Fr. Lopez had gone ashore ahead of the other settlers, bringing with him a cross. When Menéndez de Avilés came ashore later, Fr.Lopez reported that the famed Spanish explorer “marched up to the cross, knelt and kissed it. A large number of Indians watched these proceedings and imitated all that they saw done.”

Following Menéndez’ veneration of the cross, he proclaimed the land in the name of God (Nombre de Dios). Father Lopez then celebrated Mass at a rustic altar made of wood.

And then, the Spanish and the Timucuans shared a feast!

The first Thanksgiving meal most likely consisted of what the Spanish settlers brought on their ship. It probably included salted pork, garbanzo beans, hard biscuits and red wine.

Learn more about this fascinating history and Our Lady’s first shrine!

Experience a pilgrimage to St. Augustine with Stella Mar